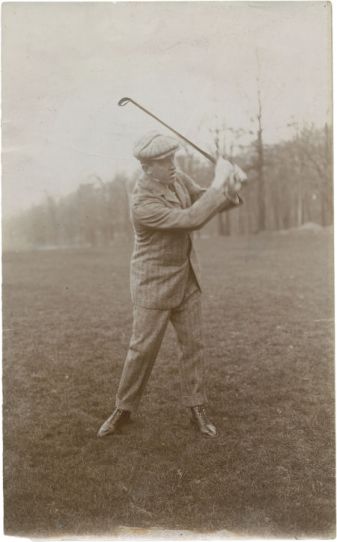 An arm injury in 1927 had driven Byers from doctor to doctor in search of a cure. Finally, a physician had advised him to try Radithor, a new medicine made up of water infused with the highly radioactive element of radium. Yes, many people used to believe that high amounts of radioactivity were healthy for the body.

Due entirely to the passage of time, Byers’ injury soon stopped distressing him, which he put down to the Radithor. He felt so invigorated by the stuff he continued to take it, downing up to three bottles a day.

Three years later, and he was still on his magical diet of radioactive water. Unfortunately, having consumed three times the lethal dose, the radium was taking its toll. He’d lost weight, his body ached and he started coming down with intense migraines. Still he stuck with his solution. Only when his bones began breaking and his teeth fell out did he realise something was wrong.

When a legal team visited his house a year later to collect testimony against the drug, they were horrified to find that holes were actually forming in his skull, with most of his jaw having dissolved or been removed.

He died a few months later. The creator of Radithor, William J. A. Bailey, was never brought to trial and continued to get rich off his radioactive quackery for years to come.